In early May 1905, amid fears that the ground on which the Park is now situated was likely to be developed for housing, 12 local homeowners , including the owner of 18 Lomond Road, purchased the ground . Title was subsequently transferred that year to The Lomond Park Company Limited and 6050 shares issued to local residents. This number of shares remain in issue today, in the main held by local residents or those with an historic tie to the area.

The principal objectives of the Company were, and continue to be, amongst others:

Since 1905 the Park, and specified parts of it,  has been laid out and used over the years, very much as anticipated by those principal objectives, for :

It is interesting to note that dogs were banned from the Park in 1946 for, it is thought, a period of approximately 10 years. However, they were clearly allowed back in as there were serious complaints made about dog fouling in 1959. Nothing changes!

In 1997 new locks on all gates were installed and railings around the Park repaired or replaced over the following 2 years.

The introduction of additional trees began in 2003 with a view to enhancing the appearance of the Park and also help to alleviate the ongoing drainage problems .

In the face of increasing numbers of dogs in the Park, a fenced off dog free zone was successfully created in 2015.

The Board of The Lomond Park Company Limited is currently made up of 6 Directors, all of whom are local houseowners and unpaid volunteers. 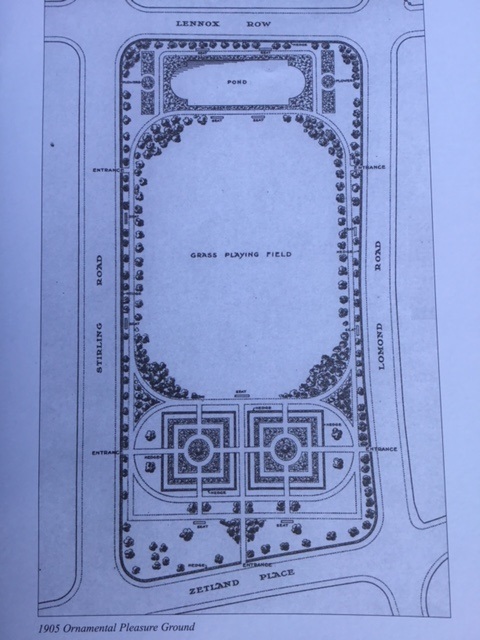